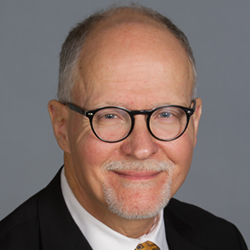 Paul G. Vallas is a nationally recognized education and public sector finance expert with forty years’ service working in the public interest. Paul consults to underperforming school districts to help them more effectively leverage finances, strengthen educational delivery, and narrow the achievement gap. Paul in 2016 headed the team that delivered to the Department of Justice a comprehensive program to revamp education and occupational training in the nation’s 122 federal prisons, a pillar of President Obama’s criminal justice system reform agenda.

Paul’s expertise in budgetary and organizational oversight can be traced to his tenure as Mayor Richard M. Daley’s Revenue Director (1990-1993) and then Budget Director (1993-1995). Appointed Chicago’s first CEO of Chicago Public Schools in 1995, Paul led the transformation of a district called in 1987 “the worst in the nation” into “a model for the nation” by 1998, delivering sound fiscal management of the district’s $4.2 billion budget and leaving Chicago Public Schools with $300 million in cash reserves. As CEO of Philadelphia’s schools (2003-2007), Paul directed what was the district’s largest ever construction program. His education policies in Philadelphia moreover prompted an increase in the number of schools meeting Adequate Yearly Progress from 26 to 166.

Brought in to manage New Orleans’ failing schools after Hurricane Katrina, Paul headed the Louisiana Recovery School District (RSD) from 2007 to 2011. Paul’s stewardship of the district resulted in African-American student achievement in New Orleans rising by 75 percent and the percentage of high school student drop-outs reduced by half. Paul also guided the development of the master plan to build and renovate New Orleans schools after securing the largest FEMA settlement in U.S. history ($1.8 billion).

Paul’s success piloting RSD through post-Katrina renewal prompted international aid agencies to recruit him to 2010 post-earthquake Haiti. His work with the Haitian Ministry of Education resulted in a comprehensive education plan for that country, which was endorsed by the International Haitian Reconstruction Commission. The plan served as a blueprint for the creation of Haiti’s first-ever publicly subsidized school system. The Government of Chile more recently invited Paul to consult to its Ministry of Education as it embarked upon efforts to turn around the lowest-performing primary grade schools across the country.