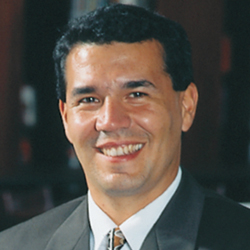 Joe Agron was a featured speaker at K12 Facilities Forum ’18.

Joe Agron is the editor-in-chief/associate publisher of American School & University magazine. Joe has overseen AS&U’s editorial direction for more than 25 years, and has helped influence and shape national school infrastructure issues. He has been sought out for comments by publications such as The Wall Street Journal, The New York Times, USA Today, U.S. News & World Report, ABC News and CNN, and assisted with the introduction of the Education Infrastructure Act of 1994.

Joe also authors a number of industry-exclusive reports. His “Facilities Impact on Learning” series of special reports won national acclaim and helped bring the poor condition of the nation’s schools to the attention of many in the U.S. Congress, U.S. Department of Education and the White House.